Roulette Strategy: Exposing the Actual Way to Win Against the Machines 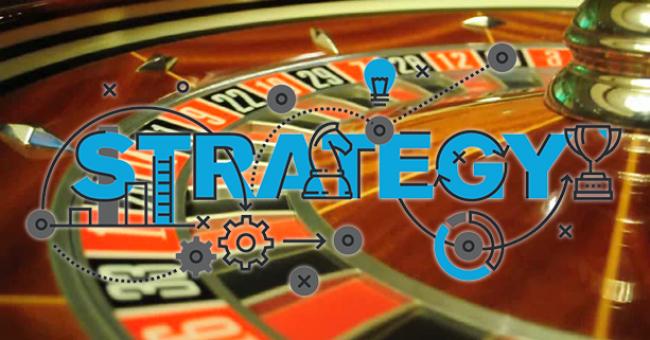 Some are based solely on instinct and superstitions, but others take a mathematical approach and use betting patterns that are inspired by famous sequences of numbers. The best example is the Fibonacci string, which has been tweaked to become suitable for roulette and evolved into a system that is quite easy to understand. As any progressive strategy, it can be mistaken as a type of Martingale, but the differences are more significant than the similarities.

The goal is to limit potential losses, but the system doesn't take the same chances as the martingale does and the approach is less steep. To understand the Fibonacci strategy, one needs to know that in the sequence a number always represents the sum of the previous two. The string begins with 0-1-1-2-3-5-8 and goes on indefinitely, but for roulette players these seven values are the important ones. Players need to follow the sequence after each losing bet and as soon as they record a win, return to the initial amount.

Regular winnings will only generate one unit and the one responsible for breaking the losing streak is too low to offset all of the previous losses. This means that by using the Fibonacci system when playing roulette you are not guaranteed to leave the table with more money than you set down with. On the good side, the risks of reaching the table limit are mitigated and with the same bankroll, players will get deeper than if they were to use the martingale system. The bottom line is to keep the losses as low as possible, and to enjoy the game even during losing sessions while being in control of the time.

What makes the best roulette strategy? Is there even a way to win? Here we give you the truth behind it all

Roulette strategy has plagued gamblers for centuries and it is no different now the game is more modernized and easily accessible. But it’s not to say that there are none, in fact, depending on how you define the strategy leads to a number of options that create a winning roulette strategy.

Here, we cannot tell you which the most common numbers to land are in a live game, it’s impossible to mathematise a formula when it’s pure chance. So why create a roulette strategy guide? Well, just like we know you’d ask it’s all about knowing the basics of formation given how things are made or put to you.

Most roulette players are familiar with the differences between the American and European roulette, and know that the latter has a lower house advantage of roughly 2.70%. Its American counterpart has two zeros, and so the casino has twice as many chances to win, which makes it is hard to believe that some players continue to stick to it instead of making the transition. Speaking of which, savvy players who are well aware of the slight differences between roulettes, will choose French roulette when possible.

In terms of appearance, the French roulette is identical to the European one as it features a single zero on the wheel. The differences reside in the rules that govern this roulette, more precisely the “en prison” rule which explains what happens when the ball lands on zero. The amount that players have wagered during that round, are not automatically won by the casino but are kept separately for the next betting round. The players basically enjoy a free round, and will have their stakes returned if they indicate the correct color, column, dozen etc.

Given the obvious advantage, it comes as a surprise that the French roulette is not more popular, but the reason is that casinos are not too fond of it. While it is virtually inexistent in brick and mortar casinos, some online establishments are offering French roulette to their members. In an overwhelming majority of cases though, the casinos stick to the European roulette due to the fact that it guarantees a slightly higher house advantage. They need to cover the operating costs, and a roulette that has a house advantage of only 1% doesn't meet their expectations, but should be favored by players.

If you want a money making roulette strategy for live gaming then not even the god-almighty can help you. Here you have to focus on the machines to pick up the best online roulette strategy. Demo games are key to playing roulette strategy and learning it. Very simply put, if you are told to kick a ball on or as close to a certain spot, then over time you will succeed in achieving and affective result. Given one go on the same task and you’ll be set up for a guaranteed fail. Practice makes all the difference when you play and it transcends across everything. With free demo games you play the very machines the casinos use. From this you can learn the programming because this is how they are made. Live roulette is in the hands of fate, when you play with machines programmed to cash out and land on numbers, it’s when they want or programmed to do.

Is there a technique of American roulette strategy that can help you when faced with this table option?

It was though that there was one roulette strategy that works for this table option but very sceptical as one should be.

Those who play roulette might find it difficult to understand why the American roulette is still fairly popular online, despite the fact that it has a higher edge for the house.

Online casinos are partially responsible for keeping the American roulette alive, because they are the ones who benefit most from the fact that the odds are stacked against players. The difference between the two types of roulette is easy to understand, with the American version having two zeros that render all even bets worthless. In terms of sheer numbers, European roulette has an edge of 2.70%, while the American one escalates it to a massive 5.26%. In order to attract players, casinos offer bonuses and try to convince their members that it is preferable to play American roulette for redeeming these bonuses.

You might find it hard to believe that someone who is playing roulette online, will let some theoretical notion such as patriotism hurt their chances to win. Still there are many Americans who remain faithful to this type of roulette despite knowing that the house has a higher edge, due to the fact that it has the term American in its name. While these explanations should shed some light on why American roulette is not extinct yet, anyone who is solely concerned about beating the odds should play the European one.

Which technique can I use when beginning with European roulette strategy in an online casino?

Again for this table there is no best roulette strategy other than using the same principle as above. Many in the past have tried to adapt ways from other games into roulette to form some hybrid online roulette strategy, yet fail. Now, don’t think we are overly too negative, there have been some very close tactics which worked for European and American roulette strategy, called the Pluscoup and Guetting strategies.

As most roulette systems, the Pluscoup system begins with the player wagering one unit, so it is important to keep the initial bet low. This will help you avoid losing more than you can afford, by hitting the roulette limit or by running out of funds during losing streak. Players will return to the initial unit after losing around, regardless of how much they have won in the previous roulette spins. When winning they are expected to double up the previous bet, just like they would when playing the martingale, except that you don't chase your losses but try to extract as much as possible from winning streaks.

When using the Pluscoup system as a European roulette strategy, players should keep their winnings and bankroll separate, immediately after they break even, so that they won't leave the roulette with no profits. It is entirely up to the player to focus on inside or outside bets, but the odds are better if they don't turn greedy and wager on even bets. Knowing when to call it a day and cash out in the middle of a winning streak is of critical importance, but this kind of self-control is beyond any roulette system and players are responsible for their actions.

As for the Guetting option, the main difference between this strategy and other roulette systems, is that instead of a string of numbers, players need to follow four distinct levels. The first level begins with two units, and when it is time to move forward players will discover that level two has three distinct steps that goes like this 3-4-6.

If their winning streak is long enough, the third level has a sequence of 8-12-16 units while the fourth and final level has three stages and the steps are 20-30-40. Naturally, it is not very simple to memorize all these numbers, and with the Guetting system having some particularities it is better to simply write down the levels and their corresponding stages. During a winning streak, players will bet twice on each unit and if both spins are successful move to the next stage, so a standard sequence with look pretty much like this: 2-2-3-3-4-4-6-6.

When the winning streak ends and things go downhill, players decrease the wager and return to the previous stage instead of betting a single unit once again. It is just as important to put an end to a winning streak before it goes into reversal, as it is to refrain from chasing losses. Those who are unlucky enough to begin with a losing streak, might find it increasingly difficult to keep wagering the amounts that the Guetting system requires. When this happens, players should simply accept the losses and leave the roulette table, before things go out of control. On the other hand, winning streaks shouldn't be extended too much and securing profits should be the priority.

Here are some ‘outside’ roulette tips that should be brought to the table of roulette, which is a universal casino roulette strategy that can cut risk and cost down. One word – Bonuses! Free offers. Why play with your own cash when the casinos offer them out?

Betting on either black or red is something that most casual players are doing anyway, so using a system that taps into this clear preference for callers is highly beneficial. The odds of winning the bet are roughly 50-50, with the edge for the house. coming from the fact that one or two zeros exist on the roulette. Speaking of which, in order to extract the most from the black or red strategy, players should stay away from the American roulette and choose its European counterpart. Since they will bet only on colors, the extra percent matters and on long term can offset the losses caused by bad luck.

The black or red is very easy to use, because the pattern relies exclusively on events that happened two times in a row. If the player loses twice he increases the bet by one unit and the exact opposite happens when he wins twice in a row, because the wager is decreased by a unit. You don't need to focus a lot at the system at hand, and can simply enjoy the game because there is no intricate pattern to follow and an error doesn't trigger severe consequences.

Find out more about roulette below: